Beauty and The Beast Pantomime Launch 2021

Following a very successful first season at The Muni with ‘Aladdin’, for 2022, Shone Productions Ltd returns with another amazing pantomime - and a first for the theatre – ‘Beauty and The Beast’.

Join us for the most enchanting story of all time. Watch as an arrogant young prince is turned into a hideous Beast who is destined to stay that way until he learns to love and be loved in return.

Meet the beautiful Belle who turns up at the Beast's castle after he imprisons her mother. Will Belle and her friends conquer evil and lift the curse?

There's only one way to find out... Don't miss this spectacular pantomime featuring a very talented cast, live band, brilliant scenery and costumes, amazing special effects and lots of laughs.

Olivia Winterflood – who takes on the role of Belle – has performed in the West End musical ‘Kinky Boots’ and was also in the live recording that was streamed throughout the world. She has also been a character performer at Disneyland Paris.

Scott Royle is The Beast. He has been a character performer at Disneyland Paris and Universal Studios in Japan. He has also performed in numerous shows, including ‘Music of Dana Levinson’, ‘Jukebox Rouge’ and ‘Annie.

Andrew Davison takes on the role of the dashing Gaston. As well as being a dancer, actor and singer, Andrew is also a trained stunt artiste. He has performed in ‘Lord of the Flies’, was a member of Hit The Ground Running Dance Theatre Company and has performed at Universal Studios in Japan.

Isabel Gamble is The Enchantress. A dancer, actor and singer, Isabel has starred in shows including ‘Forever Dusty’, has performed on cruises ships around the world and appeared on TV shows such as ‘Britain’s Got Talent’, ‘Strictly Come Dancing’ and ‘The One Show’.

Jamie Jones has appeared in panto around the country for the last 10 years. He comes to Colne for the first time to play Dame Betty, bringing with himlots of humour, gags– and amazing costumes he has designed and made himself.

Rikki Stone returns to Colne for the second year – this time to play colourful, comedy character Mr Potty. No stranger to performing in pantos, this cheeky chappie will bring all the slapstick humour you’ll need.

Producer, James Shone, said: “I am so excited to be bringing pantomime back to Colne. It's a brilliant production and we have such a strong cast to deliver this up-to-date pantomime version of the classic story.

“There is something for the whole family and I know that everyone will have an enjoyable time.” 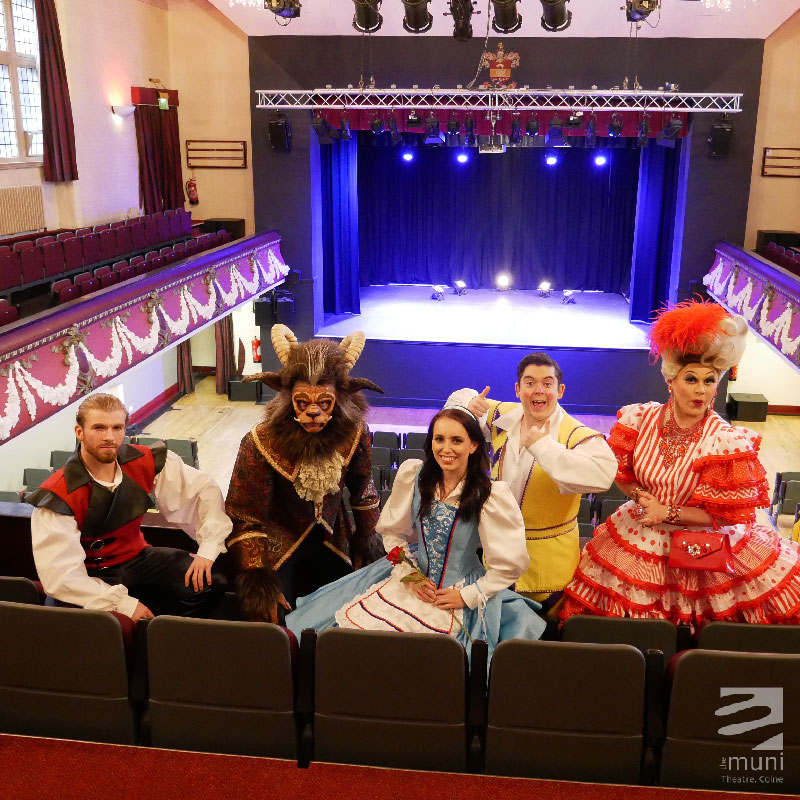